Chronic traumatic encephalopathy, or CTE, is a neurodegenerative brain disease attributed to repeated blows to the head. Initially referred to as “punch-drunk syndrome,” CTE commonly affects impact sports athletes, such as boxers, hockey players, and football players. CTE diagnoses have also been confirmed in combat veterans and victims of domestic abuse that have experienced repeated head trauma. While treating CTE, doctors often overlook other treatable conditions that may be contributing to the symptoms, such as obstructive sleep apnea (OSA). It is important to diagnose and manage sleep disorders early.

CTE research has primarily been conducted amongst former football players due to the large prevalence of the condition within this niche group. While there is still much to learn about CTE, symptoms can include emotional and behavioral changes such as mood swings, depression, and suicidal thoughts. Other signs of cognitive impairment can also occur, such as difficulty concentrating and short-term memory loss.1

In one Harvard study, nearly 3% (108) of the former football players surveyed reported they had received a diagnosis of CTE from a physician or another clinician.2 However, in their efforts to identify CTE among professional athletes, doctors may be overlooking a more common source for cognitive impairment.

A Sleep Disorder Behind Cognitive Impairment

Those with a diagnosis of CTE in the study were more likely to also report a diagnosis of other comorbidities including sleep apnea, heart disease, hypertension, stroke, depression, high cholesterol, and obesity. (Note: CTE can only be accurately diagnosed postmortem.) Sleep apnea, in particular, is likely to cause cognitive symptoms similar to those of CTE patients. As such, doctors who are working with patients at-risk for CTE should also prioritize managing treatable conditions such as OSA.

The Symptoms of Sleep Apnea

While CTE shouldn’t be written off entirely, doctors need to thoroughly consider all other potential causes of poor cognitive performance among those who have suffered head trauma. After all, sleep apnea affects approximately 22 million Americans and a majority of those cases are undiagnosed and untreated.3

OSA is a sleep disorder in which the muscles in the back of the throat collapse, which causes the soft tissue to block the airway and then prevent oxygen from getting to the lungs. Additionally, these episodes of paused breathing, known as apneas, can occur up to 30 times per hour in severe cases.

Symptoms of sleep apnea include:

Individuals diagnosed with CTE may not see the connection between their health issues and poor sleep.

OSA may increase the risk of other comorbidities, including heart disease, stroke, and diabetes. Studies have also shown a direct link between depression and sleep apnea.

A study with college-age linemen suggests an increased risk of developing sleep apnea due to excess fat tissue deposits around the neck.4 Early diagnosis of sleep apnea among college athletes can lead to easy and effective treatment, such as CPAP therapy, that may minimize long-term cognitive and physical health issues.

CTE or not, former athletes can and should still confirm a diagnosis for sleep apnea. Left untreated, sleep apnea not only increases risks of short- and long-term health issues, but can also mimic symptoms of cognitive disorders.

Home sleep studies are a simple and convenient way for athletes to know if they need to be treated for sleep disorders. Broken sleep can severely impact cognitive and physical health. Thankfully, managing a sleep disorder is easy!

If you receive a positive diagnosis of sleep apnea, our expert customer care team at The CPAP Shop can help you pick the right CPAP equipment to fit your needs. Give us a call at 866-414-9700 or email us at questions@thecpapshop.com. We’re here to help! 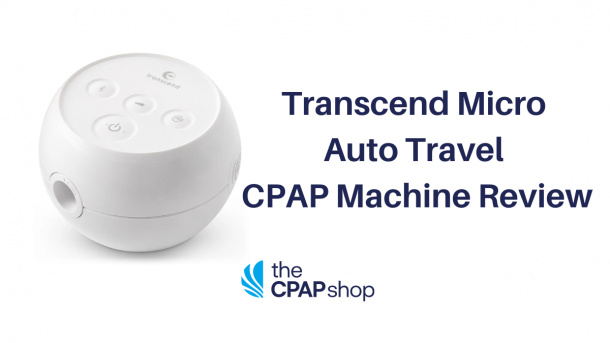 Taking CPAP therapy on the road is easier than ever with the Transcend Micro Auto Travel CPAP Machine. It is the smallest and lightest CPAP devices available on the market – weighing under 0.5 lbs. and measuring less than 4 inches. This micro CPAP machine is easy to pack or even drop  in your pocket. […] 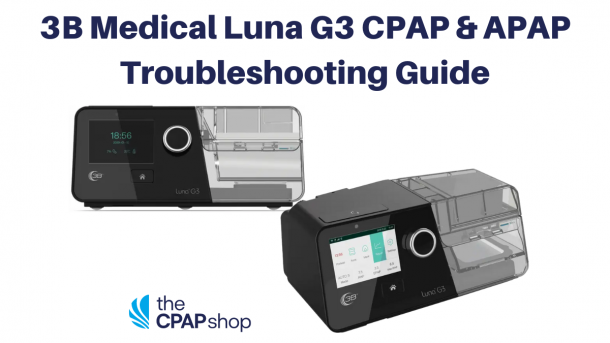 The 3B Medical Luna G3 CPAP & APAP provide essential therapy for patients with sleep apnea. The G3 CPAP is a user-friendly CPAP machine with features for enhancing sleep comfort and managing sleep data. The G3 APAP offers the benefit of automatic pressure settings to help some patients adjust more easily to CPAP therapy and […] 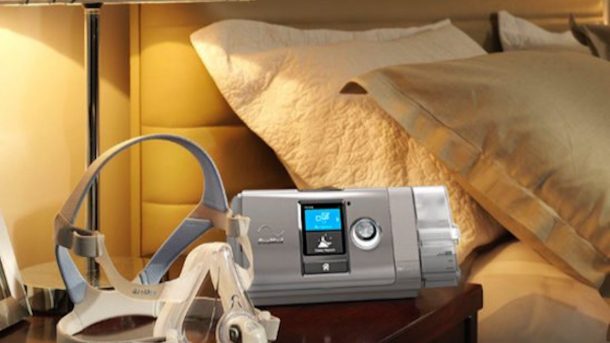 Everything to Know About BiPAP Therapy

This post was originally posted on November 23, 2021, and updated on July 25, 2022. What is BiPAP Therapy? BiPAP (aka BPAP) therapy is the preferred choice for treating central sleep apnea, cases of severe obstructive sleep apnea, or mixed sleep apnea. In these instances, CPAP therapy may not be enough to get users the […]