The Trucking Industry is Struggling with Sleep Apnea

Recently, the National Transportation Safety Board (NTSB) has renewed its focus on helping to reduce fatigue in operators of various modes of transportation. The obvious risks for air, rail, marine and trucking operators are injury or death to themselves and others. However, hidden costs such as loss of productivity, health care and other work-related issues affect many aspects of the U.S. as a whole. Trucking and its drivers have come under the most scrutiny. That’s because the NTSB recently stated that trucking rule-makers should implement a program to identify commercial drivers at high risk for obstructive sleep apnea (OSA). Moreover, the NTSB also recommends that drivers need to provide evidence that they do not have OSA or that they treat it.

More accidents on America’s roads are due to sleepiness than any other cause, including alcohol abuse. Because truckers spend the most time on our nation’s roads, the incidence of accidents related to sleepiness is becoming more prevalent. An estimate of approximately 2.4 – 3.9 million commercial drivers in the U.S. has OSA. In addition to being unrecognized or unreported by drivers, OSA often remains undiagnosed by many primary care clinicians despite the fact that OSA increases the risks of hypertension, diabetes mellitus, and heart disease.

Recent studies have recommended increased Sleep Apnea screening and continued monitoring for truckers. A recent study, published by the Journal of Occupational and Environmental Medicine, found that over a 15-month period, 456 commercial drivers were examined from over 50 different employers. Seventy-eight (17%) met the screening criteria for suspect OSA. These drivers were older and more obese and had a higher average blood pressure. Body mass index (BMI) was also cited as a justification for screening as the NTSB noted that studies on sleep apnea found the prevalence of sleep apnea was more than 50 percent in patients with an average body mass index of 40.0. Another study found that 96 percent of male patients with resistant hypertension had unsuspected OSA. A 2002 review of the epidemiology of OSA estimated that roughly 7 percent of adults have at least moderate OSA.

OSA is a condition in which individuals obstruct their own airways while sleeping, typically resulting in interruptions in breathing lasting several seconds at a time, loud snoring, and non-restful sleep. They are frequently entirely unaware of the condition. Individuals with the disorder may have extreme daytime sleepiness. They may often fall asleep within minutes in a quiet or monotonous environment. Given the description and risks, truckers, for obvious reasons, are at the nexus of the debate. More importantly, OSA is a highly treatable disorder that is diagnosable through a simple sleep test. Unfortunately, many drivers who suffer from OSA frequently underreport symptoms and diagnoses. They also often do not follow through with sleep study referrals and sleep apnea treatment.

In many cases, doctors do not treat sleep apnea by medication or surgery. Use of sleep therapy such as a continuous positive airway pressure (CPAP) machine and a CPAP mask is proper treatment. CPAP machines gently push air through a tube into a CPAP mask which helps to keep the airway open. This then reduces or eliminates apnea events. Additional CPAP equipment and supplies are necessary but are relatively inexpensive. Many insurance policies no longer adequately cover CPAP equipment and supplies. So, a person can purchase them online with a doctor’s prescription which can help defer costs. The benefits to diagnosis and treatment of Sleep Apnea go beyond the reduced risk of injury on our nation’s roads. The human benefits include higher productivity, reduced health costs and a higher quality of life. 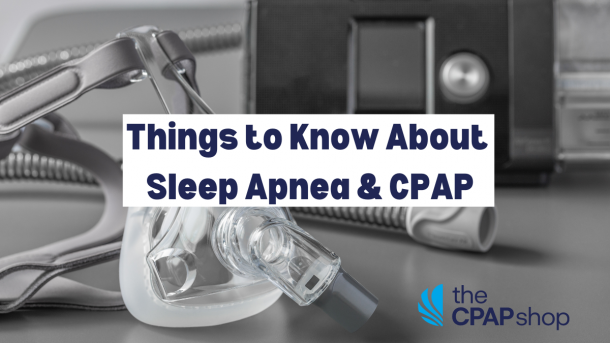 Things to Know About Sleep Apnea and CPAP

Sleep apnea is one of the most common sleep disorders affecting nearly 100 million people worldwide. It is a sleep condition that disrupts breathing during the night. It can be a potentially serious condition, with some risk factors being age and obesity. Some people also may have this condition without even knowing they do. Continuous […]

Comparing the Best CPAP Cleaners of 2021 – SoClean, Lumin, or Sleep8

This post was originally posted on June 27, 2018, and updated on Jan 22, 2022. If you are a regular CPAP user, cleaning your CPAP machine and accessories is a very important daily task. Here we discuss the major CPAP cleaners and sanitizers on the market and provide a complete overview of the best CPAP […]